These 3 Networking Technologies are critical for Tomorrow’s Smart Cities

From self-activating street lights to available parking space alerts, our cities are getting increasingly smarter. By 2020, global spend on smart cities will exceed $34bn, including everything from augmented reality to connected cars.

Current demand will continue to accelerate, as consumers increasingly seek ubiquitous, multi-device connectivity. Traditional networking technologies will no longer be enough for high-bandwidth-dependent applications, as they’ll quickly run out of spectrum. The smart cities of the future will depend on innovative technologies, such as 5G mmWave, to provide the low-latency connectivity and ultra-fast speeds of data transfer needed to deliver this new, connected world.

There are three technologies specifically that will be critical for creating the 5G-powered smart cities of the future.

The principle of smart cities is the sharing of data for intelligent applications. This idea of sharing information is at the core of open source technology. For smart cities, dissolving the exclusivity around networking technologies is a substantial benefit. With open source software development, technology providers can take the elements they need for their own network and configure the technology to their own application. It opens up telecoms networks to be applied to a whole host of third-party use cases – enabling anyone to develop a product or application based on these technologies. This means a company focused on connected cars, for example, can easily integrate with 5G mmWave networks in the area, benefitting from 5G speeds of connectivity even at speeds of 160mph, thanks to these high-frequency wavelengths.

The shift towards software-defined networking (SDN), or “software-isation”, is a considerable change for the telecoms industry. Hardware used to be at the core of wireless networking – a hardware switch performing one function, and a box performing another. With SDN, we finally have a means of controlling network performance from end to end with one consistent interface. Bandwidth and performance are managed by the software layers in the network, meaning we now have more control over network responsiveness, allowing for more data-intensive smart city applications.

Integrating a software layer also allows more data to be processed at the edge of the network, bringing the cloud to smart city devices, and reducing data “travel time” to ensure a higher speed of connectivity. This all makes for a smoother, seamless user experience. 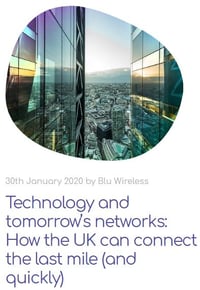 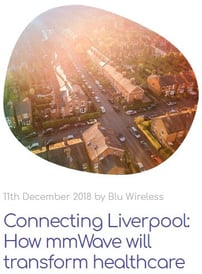 Currently, telecoms providers buy licences which enable them to use a part of the commonly used licensed spectrum. However, as user numbers have grown, the licensed spectrum has become overcrowded, impacting connectivity performance and reliability. The logical solution is to find a way to increase the available bandwidth – unlicensed mmWave provides the means to do this. This band has a large amount of spectrum available (14GHz), meaning higher performance and a better user experience for demanding smart city applications, and as no licence is required more funds can be fed back into providing connectivity for more users. mmWave is also ultra-fast: Blu Wireless’s mmWave Typhoon units can achieve fibre-level high-bandwidth connectivity with per link data-rates of up to 3.5Gbps at 64QAM.

Many major global tech firms are already advocating for mmWave as the future of wireless networking, including Arm and Facebook, whose TIP project specifically focuses on use cases for mmWave.

Smart Cities of the Future

In the future, everything will be smart. To prepare for this, we need to embrace this shift towards software-defined networking hardware. By investing in cost-effective, unlicensed small cell mmWave networks, we can provide enough bandwidth for the data-intensive, demanding applications of tomorrow’s smart cities. It will be fascinating to watch this new connected world unfold before our eyes. 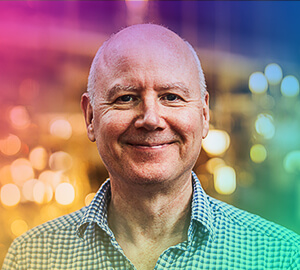