Wireless backhaul: Why we need small cells vs macro cells

High bandwidth data transmission is becoming increasingly important as we develop 5G networks. Building a technology that supports higher transfer speeds is equally crucial. That’s where backhaul comes in – without it, 5G speeds and quality cannot be achieved.

The question is what technology will be used to enable the level of backhaul required for our data-rich networks. Two primary options today are small cells and macro cells. Traditionally macro cells have dominated the telecommunications space – but small cells are starting to pioneer the 5G agenda in a significant way.

What is wireless backhaul?

Wireless backhaul is the technology that transfers user data to the base stations of a core network via wireless connections between a device and the nodes. Networks can include the internet, and proprietary servers of large enterprises that collect data.

Essentially, backhaul is the mode of getting information from point-to-point and controlling data traffic. Wireless backhaul achieves this without the use of hardware or cables, but with small cells and macro cells form the base stations of wireless networks.

Why is backhaul important?

The amount of internet connected devices is continually growing. As a result, the volumes of data being produced and transferred every second has increased significantly over the last few years and is only expected to rise. A strong backhaul solution is crucial to provide the extremely high speeds, high capacity, and high bandwidth required to handle the sheer amount of information being transferred via the network.

There are now hundreds of applications that rely on real-time connections for matters of safety, such as connected cars and smart health applications – a few seconds of delay could have serious consequences.

Especially with the introduction of 5G, thousands of these interactions will be happening simultaneously. Therefore, seamless wireless cell sites and mobile backhaul connections are imperative. In short, backhaul is the key to empowering 5G capabilities.

What is the difference between small cells and macro cells?

Macro cells are part of a macro site, they are generally used within cellular networks to provide coverage areas for mobiles. These cells can be mounted on towers or masts and enable wide range coverage. A macro base station has one point of contact with the overall network.

Small cells (or microcells) essentially look like a miniature version of the macro cell, but that’s not to say they function the same way. Small cells emit radio coverage at a reduced range to macro cells. Because they have a smaller range, small cell deployments will be installed closer to where connections are needed.

They will be integrated onto existing infrastructures instead of being placed outside of cities. This includes lampposts, the sides of houses, and poles. Small cells will also need to be deployed near one another in order to transmit and create a network. That network will then connect back to the main servers further away.

Why do macro and micro cells have a different range?

Small cells use high frequency bands where macro cells use low frequency bands. This is what really differentiates their capabilities. Low frequencies, or millimetre waves (mmWave), can’t travel as far. Despite having a smaller range, mmWave actually has greater capacities and speeds than higher frequency radio waves.

How do small cells help with backhaul?

Small cells have been designed to enable the next generation of connectivity. Because they are smaller and closer to the data source than macro cells, they can receive data quicker. This brings us back to the issue of backhaul.

Backhaul can transfer data to small cells much faster than macro cells. That’s because small cells are integrated into the connectivity network, whereas macro cells are often located farther away. Backhaul becomes much more efficient within this system. 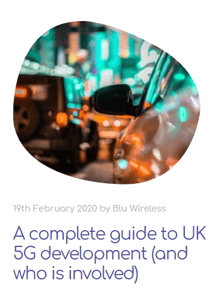 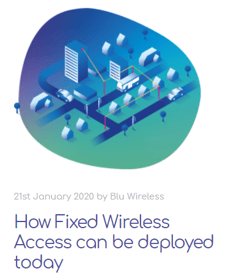 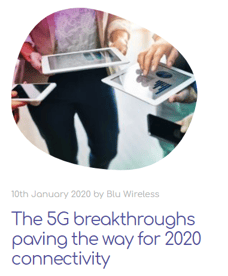 What are the pros and cons of microcells vs macro cells?

As discussed, coverage and capacity tend to be the biggest differentiators between macro and micro cells.

Small cells have the benefit of higher speeds and lower latency than macro cells, which means they are more capable of enabling future 5G networks.

Macro cells instead emit connections at a much higher range – kilometres compared to metres. However, their performance at the edge of the network decreases significantly. So, while small cell radio waves cover a smaller area, they provide more reliable and consistent connections within their range.

Interference issues are combated with small cell technology. Macro cells traditionally need placed in clear areas or on top of roofs in order to avoid obstruction. Both small cell and macro cell connections will equally be blocked by structures such as houses.

On the surface this causes more issues for small cells. If they are deployed low down in urban areas, they have limited line of sight connections. This could make backhaul using mmWave small cells difficult.

However, small cells can employ flexible, intelligent connections to overcome this. The close range between infrastructure means that if a signal between two cells is broken, it can reroute and link with another cell nearby using beam-forming technology which guarantees a consistently reliable connection.

Deployment is a significant difference between small cells and macro cells – small cells will be easier and less intrusive to deploy because of their size. Replacing large masts with small, integrated boxes is environmentally, aesthetically and financially beneficial. No destructive or invasive construction is required. In contrast, macro cell towers are expensive to set up and maintain, and often face resistance from nearby residents for being an eyesore.

Because of their different capabilities, macro cell to

wers and small cells have very different applications. Macro cells are more appropriate for mobile networks because large areas need coverage for this purpose. Their tall infrastructure means they can span entire towns without interference.

Small cells work better over controlled distances, such as neighbourhoods or train lines. Since they are less intrusive, they can be easily deployed in more populated areas and their lower latency means they have exciting potential for 5G, IoT, Smart Cities, High-Speed Transport connectivity and more.

Ultimately, small cells have more diverse use cases, which contributes to their popularity rising with 700,000 expected to be deployed worldwide.

How can small cells and macro cells work together?

The introduction of small cells will not make macro cells redundant. There will always be a need for both technologies to create the heterogenous networks of the future.

The increase of cells across the UK will require more robust backhaul capacities, but small cells do not have to link into the macro cell network. This creates a new platform for backhaul – taking the pressure off macro cells towers rather than adding to it with more towers.

This is why small cell technology is so important for the introduction of 5G. Without them, our rapidly growing data production would continually slow down the speed of our networks. Instead, small cells promise to provide to capabilities necessary for the next generation of connectivity.