Bristol-based technology company, Blu Wireless, have today announced that its Board of Directors has appointed Alan Jones as Chief Executive Officer and member of the Board of Directors, to lead the company in an exciting commercial growth phase effective since early February.

Alan is an accomplished executive with over 25 years’ experience in the technology industry, with a technical background having held senior engineering roles at both Hewlett Packard Labs and Motorola. He went on to be a founding member and executive of IPWireless Inc., a mobile broadband equipment supplier, and was instrumental in the sale of the Company. Firstly being acquired by NextWave Wireless Inc. in 2007, and secondly General Dynamics, Inc. in 2012 for a combined total of >$400MM in proceeds. 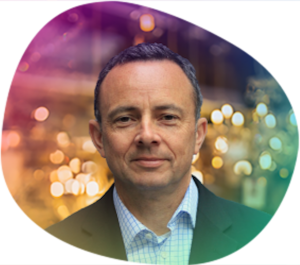 On being appointed Alan stated: “I’m excited to have been offered the opportunity to lead Blu Wireless at such an important time in its development. Blu Wireless is pioneering ground-breaking technology, have a world class team, and a fantastic culture.

The Company strategy has seen real growth in several key markets in recent years, and I’m looking forward to building on this success. The wireless multi-gigabit market is one of rapid growth and innovation, and I’m committed to seeing Blu Wireless remain at the forefront while simultaneously adding real value for our shareholders.”

Hemant Mardia commented: “Over the last eight months, Blu Wireless has focused on increasing customer activity, securing contracts and commercial execution in a growing market for ultrafast wireless connectivity. Based on contracts already secured, we are expecting significant revenue growth in 2020.

I am delighted that Alan has joined Blu Wireless at this time to further accelerate our revenue growth. His strong track record and experience in generating valuable IP from software and networking solutions is a great fit with the Blu Wireless core technology established over many years. Under his leadership, we look forward to generating increased value from our pioneering mmWave solutions in several high value applications at a global market level.”

To serve the growing international customer base of Blu Wireless and deliver commercial mmWave deployments worldwide, while continuing to drive the advancement of 5G technology, this strategic decision will allow for the scaling-up of sales, software and customer applications support teams.

Blu Wireless invites those interested in joining our growing ecosystem of 5G infrastructure partners to get in touch with us today at info@bluwireless.com.