Last month, Blu Wireless and FirstGroup announced a significant new partnership aimed at the delivery of improved wireless services to train passengers. Beyond delivering 5G connections, which can process volumes of data 100 times greater than is currently possible to UK train passengers, the deal represents something far more significant – a new, global benchmark for commuter connectivity.

By leveraging our 5G mmWave technology, train passengers across the world will soon be able meet their current connectivity needs – including video streaming, HD video conferencing, gaming and accessing cloud-based applications. Crucially – by comparison to previous generations of wireless connectivity – the solution is future proof and scalable, meaning that unforeseen consumer demands will be met by the infrastructure being put in place now.

The technology’s agility also means that deployment on other forms of transport, including buses and subways is possible, which will help to form the foundations of the comprehensively connected Smart Cities of the future.

The immediate beneficiaries of Blu Wireless and FirstGroup’s partnerships will be UK train passengers – initially those travelling on the South Western Railway franchise centred on London’s Waterloo station.

However, achieving cost-effective and reliable connections on high speed transport remains a global challenge. In Japan, known for its impressive high-speed bullet trains, Wi-Fi onboard remains a significant issue with 1 in 4 foreign tourists in Japan citing trains as the most common location where Wi-Fi coverage was patchy, according to the Japan Tourism Agency. In the UK, the problem is particularly widespread with two thirds unable to connect to on train Wi-Fi.

Railway topography has historically made it very challenging to provide acceptable wireless connectivity levels to passengers. Often the train is either in a tunnel or a deep cutting – locations which mobile providers do not provide coverage.

Moreover, the current approach used by Train Operators based on aggregrating  multiple 4G signals into a data stream and delivered through a single Wi-Fi access point simply cannot cope with several hundred customers – each of whom may typical demand 5 megabits per second (Mbps) so they can stream videos or download documents. Signal is regularly disrupted, which negatively impacts passengers’ connectivity experience, particularly for professional commuters.

Projections from Ofcom October 2018 report show that near term demand from train passengers will require connections per train capable of sustaining between 1-2 Gigabits per second (Gbps) – a level of performance that would be nigh-on impossible without the emergence of cost-effective 5G technologies.

What Blu Wireless’s ultra-fast, high-bandwidth and low latency solution is offering is not just the opportunity to provide high-speed connectivity now for up to 800 to 1000 passengers per train, but also to cater for future demand. And with Ofcom estimating  that commuter trains will require over 3Gbps of mobile data capacity by 2025, this innovation cannot come too soon.

Read more in our Whitepaper

In order to have an international, industry-wide impact, any disruptive technology cannot just work, it also has to be agile and scalable. While a unique solution has been provided alongside FirstGroup to UK train passengers, its potential to be scaled to many other use cases is what makes the technology so attractive to the transport industry.

We can see connectivity transformed across the wider transport sector, with simple and cost-effective deployment on trackside and street furniture further enabling society’s movement towards mobility-as-a-service and connected transport initiatives. A relevant example is the work that Blu Wireless is doing on mmWave for Connected Vehicles under the ‘Autoair’ 5G Test Bed and Trials project – which is focused on delivering 5G connected services to road, rail and connected vehicles.  This means that Smart Cities could soon become a reality if high-speed, reliable mmWave connectivity can be rolled out this easily.

With urban populations exploding, this level of connectivity is thought to be key to improving productivity, as well as more generally delivering a “sustainable, prosperous and inclusive future” for citizens, according to the British Standards Institute (BSI). And comprehensive public transport connectivity represents a key component to realising these benefits.

The future is now

Undoubtedly, we are in the early stages of developing a full 5G infrastructure, but the Blu Wireless and FirstGroup partnership represents a true watershed moment in the commercial application of agile, scalable and cost-effective mmWave FWA technology.

There are vast opportunities here for governments across the globe to roll out 5G more quickly and reap the benefits of all-encompassing connectivity much sooner than had ever been thought possible. 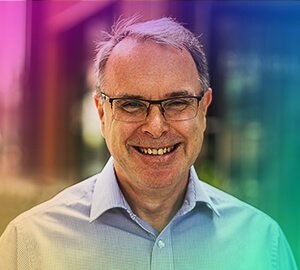 Mark has been engaged in the definition, design, development and deployment of over a dozen SoCs.