From Virtual Reality to autonomous vehicles to telemedicine, there has been a lot of noise around 5G’s transformative capacity in 2018. In October, Forbes even predicted that a 5G Tsunami was incoming in 2019 and that “waves of 5G announcements” would be made. While this is true, and many companies who have banked on the immediate impact 5G will be emphasising its immediate viability, 2019 is much likelier to be about evolution than revolution.

This will entail a shift in focus from marketing hype around research and development – with announcements on yet another Gigabit world record – to the real business applications of 5G. Blu Wireless’s mmWave technology, for example, has been deployed at the Liverpool and AutoAir Testbeds where much of the effort is in understanding and evaluating real world use cases, with those efforts continuing into 2019. In the immediate future, we are likely to see 5G technologies being leveraged to make 4G more pervasive, to help deliver improved high-capacity fixed line broadband connections in conjunction with fibre and to connect passengers on public transport to a stable network.

Here are some of the main trends we’re likely to see develop over the next year:

Disruption to the telco market

The time is coming for those in the telco market to decide their positioning. Companies in that space will be asking themselves a number of questions to determine how best to ride the 5G wave;

Certain operators will make the big bet on 5G for mobile phones, while others will hold back and concentrate their efforts on the improving 4G network coverage, or providing broadband services.

Limited access to 5G and mmWave handsets, confusion over performance

Although Ericsson have stated that they expect eight 5G smartphones by mid-2019, including two or more mmWave smartphones, due to cost and availability of both the phones and the network to support them, their wider deployment will not happen for some time. The initial commercial 5G deployments will most likely be associated with Fixed Wireless Access (FWA) providing improved broadband connections before significant volumes of handsets are rolled out. Even then, each operator will have their own strategy, which is only likely to confuse performance and coverage expectations.

Cybersecurity will be a growing concern

Due to the complex nature of 5G networking technology anyone looking to deploy 5G connectivity should be very concerned with security, as any incidence of industrial espionage (for example) would be very difficult to track down. To combat this, companies like Arm are working to extend their security all the way from the core network to the handset.

Industry 4.0 may not take off at the pace some expect

The manufacturing industry is set to be a big long-term beneficiary of the development of 5G connectivity and the Internet of Things (IoT). However, the fourth industrial revolution, or Industry 4.0, will take longer to deploy than some are expecting. Not only do companies require a lot of capital to implement the kind of technology that will significantly reduce costs and improve productivity, but the mindset of people managing these factories will also have to evolve to understand how best to exploit these new capabilities. Undoubtedly, there will be Industry 4.0 trailblazers very soon, but industry-wide adoption will take time.

In the UK, the Government has been particularly concerned with bridging the digital divide and improving broadband connections, given that the country has fallen well behind many of its European neighbours – only 4% of UK homes have access to fibre. 5G technologies such as mmWave will be leveraged to redress the balance and connect more Britons than ever before.

Improving connectivity on transport, particularly on trains, is another significant concern in most developed countries. In 2019, Blu Wireless expect to make significant progress in this field.

What to expect from Blu Wireless

While 2018 was all about consolidating our technology, 2019 will be about applying it to use cases. We are well placed to contribute in this evolutionary stage of 5G connectivity and look forward to proving the business case for mmWave technology.

Ultimately, there is only so much research you can do; now we’re ready to put it into action. 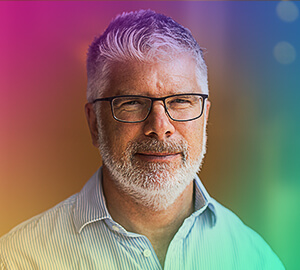